Some of you may have heard of the recent discovery by Tom Zhang that proves the existence of a bound on the spacing of prime numbers. I highly recommend a short article in Wired that explains the unfolding story quite well. Mathematically, this relates to the Twin Prime Conjecture: There are infinitely many pairs of prime numbers whose difference is 2, like 29 and 31 or 18,409,199 and 18,409,201. So simple to state, yet so hard to prove! This ongoing research says that we now know that there are infinitely many primes with a difference less than 600 (down from 70,000,000 in the groundbreaking result of Zhang). Part of the drama of this research is that a young mathematician named James Maynard discovered the bound of 600 entirely independently of Zhang’s work at almost exactly the same time! Centuries of stalemate followed by simultaneous results! This brings to mind a famous quote of Farkas Bolyai about mathematical discovery from a letter to his son János,

“When the time is ripe for certain things, these things appear in different places in the manner of violets coming to light in early spring.”

János went on to become one of the founders of non-Euclidean geometry, which in turn led to the development of the theory of general relativity, a completely new way of thinking about space, time, and gravity. Also, isn’t it odd to think that emails with your parents might become part of the historical record and be quoted two hundred years from now? 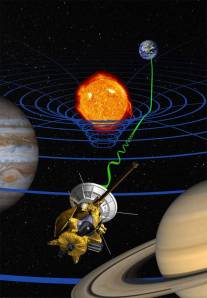 After the initial publication by Zhang, a vast online collaboration known as Polymath8 got together to improve his result. Here we see two extremes in the way mathematical research is done. On the one hand, a lone individual quietly works in isolation for many years to develop a private insight with little connection to other people in his field. Often, this is the picture presented in the media of how mathematicians work. However, this is exceedingly rare! Mathematicians talk to one another and benefit from collaboration just like everybody else. This is exemplified by the Polymath8 group that brings together the expertise of a broad range of people from around the world to contribute to different pieces of the problem. Crowdsourcing! The more standard approach to good research can be seen in the success of Maynard who decided to be thorough by looking back at some neglected work by others and found a way to incrementally improve upon it in order to achieve a radical new discovery, a classic combination of “luck and pluck.” 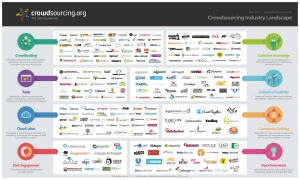 All of these people are quite intelligent and creative, but mathematical discovery is not a magical “genius” activity. It’s hard yet rewarding work that you can do, too!

Exercise: Prove that there infinitely many prime numbers.      [Suppose there is a biggest prime. Can you derive a contradiction?]

.     [This is pretty tough. Let me know if you want to see a relatively approachable proof.]

Easier than it looks: Let S be all positive integers that don’t have the digit 7 anywhere (written in the usual base 10). Show that

.      [This time, you want to get an upper bound for which you can find a formula instead of a lower bound. ]

Non-Euclidean Riddle: A woman on a hike steps out of her tent, walks one mile south, then one mile east, and finally one mile north back to her tent. She finds a bear getting into her peanut butter! What color is the bear?